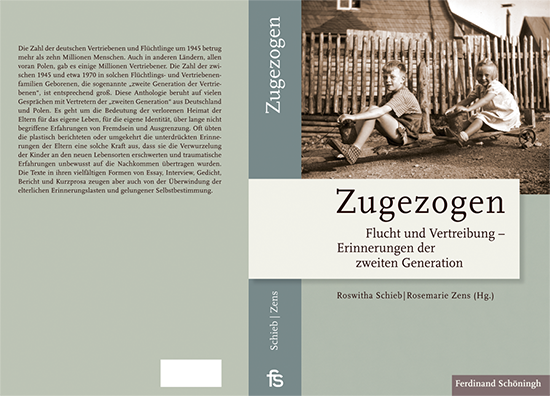 With a preface by Andreas Kossert (→ PDF)

The number of German displaced persons and refugees around 1945 was more than ten million. There were several million displaced persons in other countries too, Poland first and foremost. The number of children born to such refugee and expellee families between 1945 and about 1970 is correspondingly large.
This anthology is based on numerous conversations with German and Polish representatives of the “second generation”. It deals with the significance of their parents’ loss of their home country for their own life and identity, with experiences of alienation and ostracization not really understood for a long time.
Often the parents’ graphic reports, conversely, suppressed memories were strong enough to prevent their children from taking root in their new places of residence, and traumatic experiences were transferred unconsciously to their descendants. The highly varied texts, however, in the form of essays, interviews, poems, reportage and short prose pieces, also testify to the burden of parental memories being offloaded to the advantage of a successful self-definition. (Publisher’s Text)