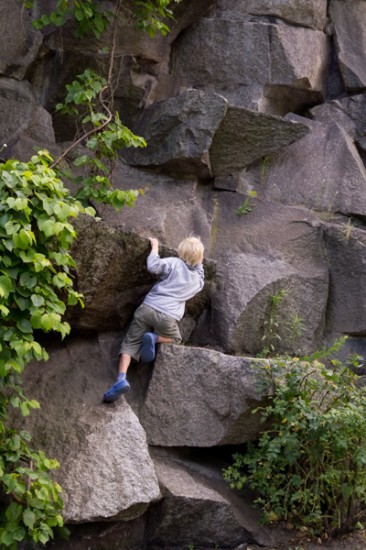 Children can express their Being in a primary and elemental way. For the most part they perform themselves in their stories of theatrical situations. Often they appear to be oblivious to the world around them. And yet we suspect they have an intuitive self-determination in their exchange with the natural and artificial world. We even observe their love for hiding behind the things to discover the spaces between the different worlds of the visible.

While they almost incidentally leave the viewer outside of the scene, he might sense states of absorption by remembering his or her own childhood: states of contentment in happiness, sometimes being lost in contemplation and occasionally in loneliness that seeks for balance in conquest of space through movement and play.

Thus a diverse almost surreal world of imagination can emerge in which these images play with the images of animals shown either as artefacts or as living in museums, zoos, aquaria or in natural surroundings.